A Recap of Michael Connors and his Splendor of Cuba 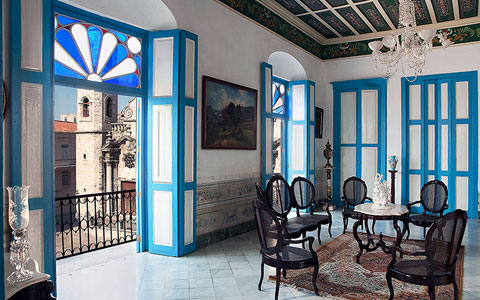 The American Library in Paris

The American Library in Paris’ Wednesday, November 14th Evening with an Author proved to be a memorable event. The European launch of Dr. Michael Connors’ book The Splendor of Cuba: 450 Years of Architecture and Interiors was well attended by an international crowd, which included not only library members and French residents, but many Cubans and Americans as well. In attendance were the former Chief of Mission of the United States Interests Section in Havana, Cuba, Mr. Michael Parmly and his wife Marie-Catherine, the French specialist in prestige real estate, Mr. Emile Garcin, founder and president of Fundacion Amistad, Mrs. Maria de Lourdes (Luly) Duke, and internationally renowned Cuban architect Mr. Ricardo Porro and his wife Elena. Ricardo Porro was the lead architect for Cuba’s National Art Schools (Escuelas Nacionales de Arté) project that was built in Havana in the 1960s and featured prominently in Dr. Connors’ book. 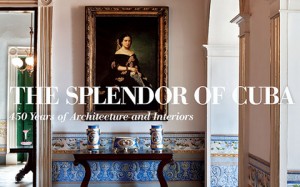 The book is an unprecedented tour of stunning architecturally significant Cuban palacios, mansions, and private homes that have been meticulously preserved, previously unphotographed and inaccessible to visitors. The images photographed exclusively for this book show examples throughout the island with exteriors and interiors in Havana, Santiago de Cuba, Santa Clara, Cienfuegos, and Pinar del Rio to close-up details of courtyards, balconies and galleries in Trinidad, Holguin, and Matanzas. Of the many featured homes are the United States, Swiss, and English Ambassadors’ residences. Ernest Hemingway’s former residence, Finca Vigia (“Lookout House”) is another on many other highlights of the book.

Dr. Connors is a renowned Caribbean author and has published eight books about the historic houses, architecture, and decorative arts of the Caribbean and is presently working in Havana researching and writing his latest book on Cuba’s 20th century architecture.