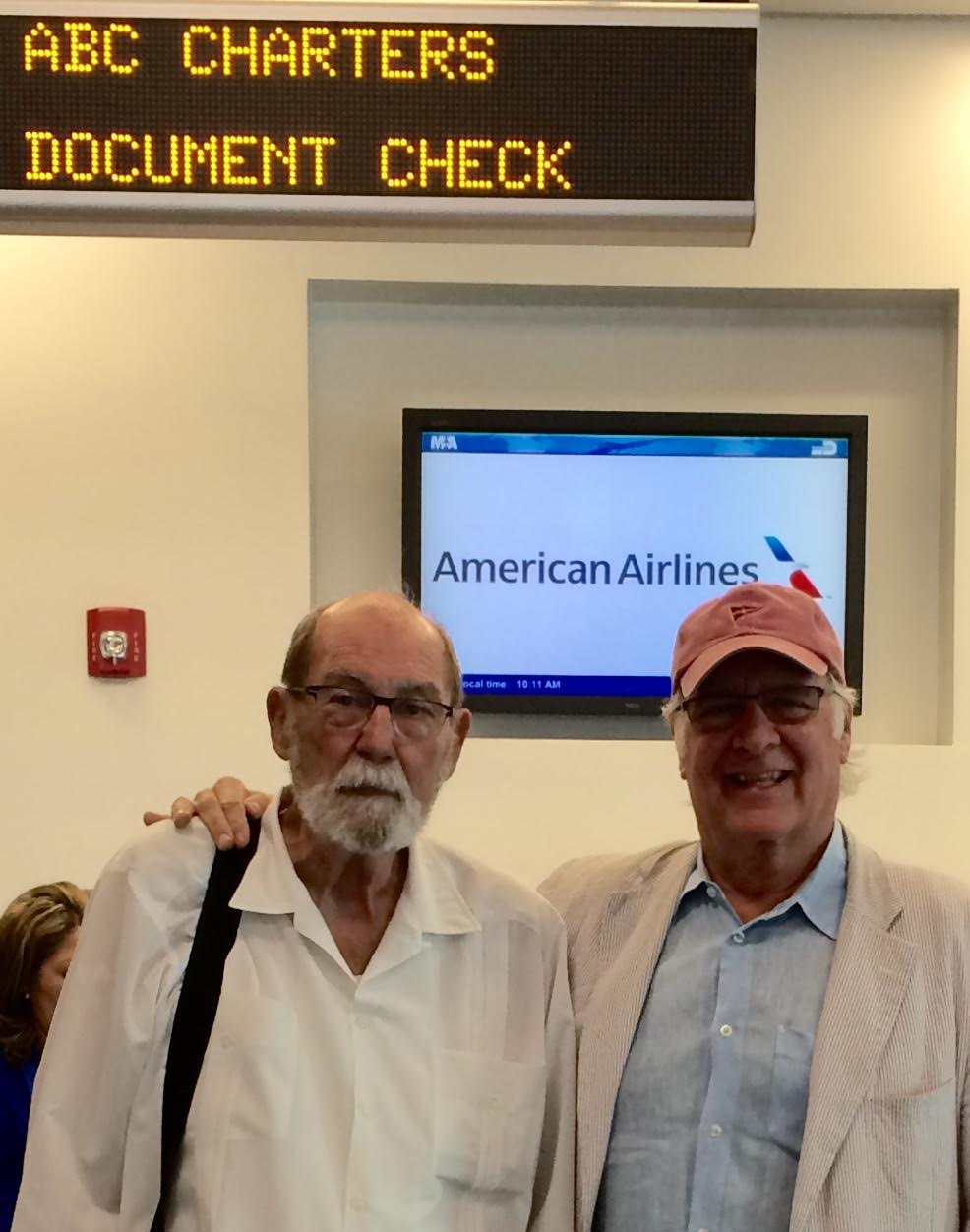 Off to Cuba on American Airlines w/ Wayne Smith, former Chief of Mission at the US Interests Section in Havana (equivalent to an Embassy where no formal diplomatic relations exist) under President Jimmy Carter from 1972 to 1982. Smith promoted dialogue with the Cuban regime and was known for his policy of dialogue and rapprochement. Due to his profound disagreement with President Ronald Reagan’s Cuban policy, Smith permanently left the State Department in 1982.